Who I Am, or, Why You Should Care What I Think

Hello and welcome to Bathory's Closet. I'm Kathryn Troy: a budding novelist, a self-trained expert of horror in all its iterations, a published historian and Adjunct Professor, an apprentice baker, and a wife and mother of two.

The intention of this sacred space is to act as a sounding board for my musings on horror, fantasy, myth, adventure, the occasional romance, and most especially, anything and everything having to do with vampires. Things under review here will be litearture, film, tv shows, video games, etc. etc. ad nauseum, as they pass through my psyche. I may not view the most up to date releases and titles--you certainly won't find the whole of the year's bestseller lists covered here--but rather a tightly knit family of creativity united by common themes of awesomeness. And, as is par for the course at this stage in my life, it will be one of many vessels through which my own powers of fiction are honed. You will be privy to my innermost thoughts about works in progress.

How did I start writing?
I love genre fiction with extreme passion. Horror, fantasy, mystery, paranormal--they have absorbed me from childhood, from The Chronicles of Narnia to Bruce Coville's Into the Land of the Unicorns. Dracula is one of the few tomes I have read several times, and consider sacrosanct. My own stories have filled my head for longer than I can remember. But I never really tried to get them down until a few years ago. I was intimidated by words--would the right ones come, would they flow together, would the sum of their parts matter to anyone but me? For whatever reason, some stories stuck. Stayed locked inside my head, replaying over and over again for years like a film I'd seen a million times but did not own. When I was staring down an LIRR commute into Manhattan and down to 23rd Street, I thought I'd spend the time reading, something I had not been able to do as much after the birth of my darling Annabelle. But what ended up happening was quite different. I wrote.

What did I write, you ask?

Curse of the Amber: Available Now from City Owl Press 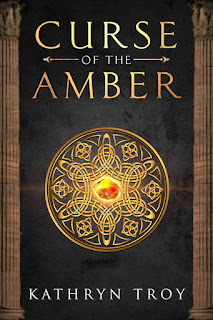 I am so proud to announce that my newest novel, Curse of the Amber, is available now from City Owl Press. Curse of the Amber is my answer to so many “man out of time” stories that have such great potential, but always end up being rather flat. It takes as its premise the return to life of a bog body, slumbering in the peat of the Welsh countryside by pagan magic. He is awakened by a young, unsuspecting archaeologist with ghosts of her own. It has required the most preliminary research of any of my fiction projects to date. I’ve come to know everything about bog bodies, archaeological study and preservation, museum policy, archaeology in the academy, British paganism and lore, Egyptology, and Roman expansion in the British Isles, Aside from the material facts, this project will draw inspiration from M.Y. Halidom’s The Woman in Black and The Mummy by Anne Rice.


A Vision in Crimson (Frostbite Book One) 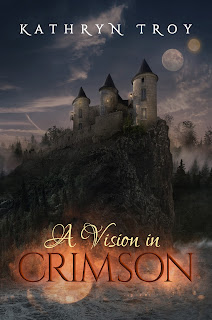 What was originally meant as a stand- alone novel, grown from a germ of fan fiction, has ballooned into an epic fantasy series, wrought with romance, adventure, classical myth, and a healthy dose of the gothic and paranormal. 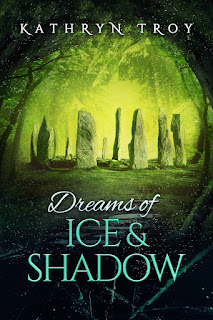 
I'm very excited about the second installment of this series. It's got action, danger, romance, magic-everything you loved about the first book, only more, and more of the world to discover. Grab your copy today! 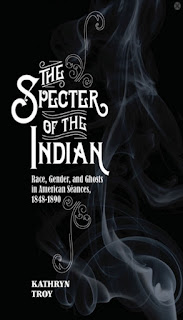 The Specter of the Indian: Available Now in Paperback!
I’m tremendously excited that The Specter of the Indian: Race, Gender, and Ghosts in American Séances, 1848-1890 was released in September 2017 by SUNY Press, to whom I shall be forever indebted. This labor of brain power, sweat, and sometimes even love, gives great insight into the “Indian control.” Its speaks of the by now commonplace, clichéd type of the Indian spirit guide and its emergence in the nineteenth-century as a cornerstone of American Spiritualism, which continues to make waves in our religious and spiritual landscape.


Notes from the Undead: On Submission
Notes from the Undead is about a man who comes to think he has transformed into a vampire, and whose reality deteriorates in very short order. The idea came to me as I was reading Hideyuki Kikuchi's series of novels VampireHunter D when, once again, D cuts off his sentient hand, infested by a nameless symbiote, and sends it off like Thing from the Addams Family to do his bidding. “What if,” I ventured, “what if this idiot just thinks his hand will come back to him? What if he just maimed himself, and sent his dead hand flopping to the floor, with a ‘chop chop! Hurry up now!’” Insanely grotesque. Immediately I began imagining the possibilities to address the state of vampire fiction, and contribute something innovative to it at the same time. As I pondered the modern application of vampiric tropes in my fiction, I stumbled into one seldom used—displacement, the longing for home soil. This story has been boiling around in my brain for over five years, and has been in an out of revision as I constantly think of Roderick and what his story needs to be complete. Rod is literally sucking the life out of me.  But I'll be goddamned if I'm not gonna do this one right. I'm exhausted. And proud.

The Shadow of Theron: Drafting
January 2020 update: The handwritten manuscript has over 500 pages, with roughly 10 chapters yet to be written. Getting closer every day!

My newest project is a romantic fantasy/adventure I've been mulling over for some time, inspired by the first caped crusader and set in a Mediterranean-inspired world of enchanted relics and goddesses. After being drained by Notes from the Undead, I'm ready to embark on a fresh adventure.

Who cares that I'm juggling two other manuscripts, two new story germs out of ten pushing themselves to the front burner, two jobs, two children, one book to read, two audiobooks, and learning how to speak French and German? When my head is filled up with a story, I have to get it out. This one is particular is being pushy - and I suppose I'm not in the mood to say no. For those in the know: Alaric & Darien are key players, along with a certain vampire lord, and there's something lurking in the Indigo Forest. 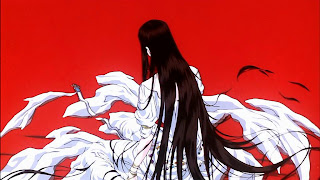 The Winds of Summer: Outlined

This title will be dark and adventurous and romantic, with an empress taken captive and a trio of old friends brought back together again by tragedy.

Only in My Dreams...For Now


I can't even begin to explain all the stories that are in "Raw Development," or, in other words, books that I'm thinking about but haven't begun outlining yet. Here are the only breadcrumbs I'm willing to divulge, to give you a window into my head and a sense of what's to come:

A Gothic romance or three: with a historical bent and a taste for the phantasmagoric, the spirit world, & a cursed prince
A dark fairy tale with passion, politics, and poison
Two more horror tales on the way, one with mermaids and another in the Himalayas at the end of the world
A dark fantasy adventure that blends superstition, magic, alternative dimensions, and a missing princess
An epic romantic fantasy inspired by the great stories of war & love in Asia
A paranormal adventure series with an arcane, sophisticated, French twist
A paranormal/New Adult fantasy investigating occult architecture
A dark fantasy romance inspired by Orpheus and Eurydice
A period horror thriller with troupers, wolves, and a restoration village
A dystopian vampire romance where the humans are the infection
A foray into romantic sci-fi, influenced by my expertise in colonization and my love of Atlantis
A couple of kids picture books about monsters & mice, one based on a true story

Looking to get in touch? Drop me a line at josnarffle@gmail.com