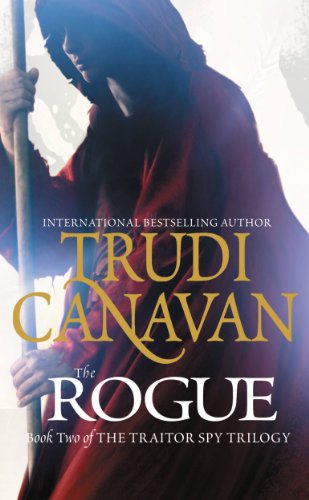 I was not as compelled by Ambassador's Mission as I have been by the titles in Trudi Canavan's Black Magician series, which kicked off these characters. The second book in the trilogy, The Rogue, had a better sense of pace as people continue along their individual journeys.

Dannyl, ambassador to Sachaka, is navigating his personal relationships with his ex-lover and a potential new one, all while balancing the political stakes of his position and the tenuous relationship between Sachaka and the Allied Lands following the devastating Ichani invasion that occurs in The High Lord.

The same stakes are prevalent as Sonia's son Lorkin tries to learn a powerful new form of magic from the Traitors, while trying not to be killed or have his mind forcefully read by people who consider his late father and him as the enemy.

Even Sonia and Cery have more to deal with in this book, as they continue to track down the criminals distributing roet throughout Imardin as well as the new threat of rogue black magicians in the city.

There were still some passages that felt slow, and some characters that felt stale, but that new plot angle was some of the most compelling writing in this volume, and I hope we see more along those lines in what promises to be a dramatic conclusion to the Traitor Spy Trilogy.