Scare Yourself to Death-Best Horror Games

For when reading, watching, painting, writing, and drawing horror aren't enough. Sometimes you need to be in the story to have your socks scared off. As an avid gamer, I could not survive without quality horror gaming. Played over the course of years, here's the short list.

8. Catherine:
Games of all genres that strike close to my heart are built on strong stories. This one has that in spades, although my one wish is that they had taken it farther. Great undertones of relationships and coming of age, creepy dreamscapes paired with a waking nightmare of mysterious deaths. The titular character, Catherine, is an incredible element of this game, and figuring out what to make of her, your girlfriend, and the arcade game in the bar are where the fun's at.


7. Gabriel Knight: Sins of the Father
One of the ways that video games shine is when the research and attention to detail shows. Jane Jensen's game does just that with voodoo culture in New Orleans. There's a brooding sense of malevolence and secrecy throughout this adventure-style title that tells more about New Orleans spiritual culture than plenty of dry academic works. Trust me. I know. 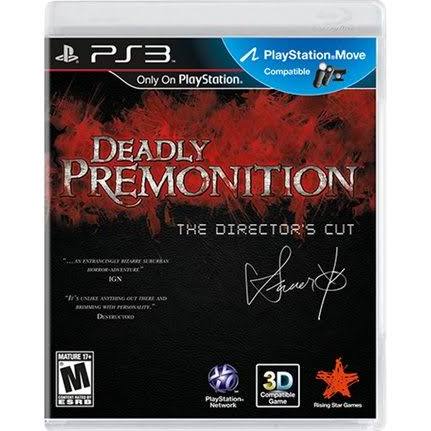 Recently re-released with all the buggy complaints of past players fixed, this game packs a wallop in the WTF department. Originally intended as a Twin Peaks game, this title split off from its primal source, keeping the feel of David Lynch's bizarre imaginings in a small town, combined with a really intriguing serial killer and questions about reality and the supernatural. Something unique is your role as the player-the character thinks of you as his alternate personality. He asks your opinion, and lets you take over in sequences requiring combat. Clever and suspenseful.

5. Call of Cthulhu: Dark Corners of the Earth
Plenty of games and other forms of media pull from the Lovecraft mythos for their inspiration. Few do it well. This title is bursting with beautifully haunting environments, suspenseful chase sequences along with rewarding combat, and a story based on one of my personal Lovecraft favorites, Shadow Over Innsmouth. That main thread, complete with complex cult activity and interaction with cosmic forces, is paired expertly with Shadow Out of Time, another Lovecraft tale. Excellent all the way around. Really special here is the fluctuating sanity of the player. Get too close to the universe's mysteries, and you'll start mumbling to yourself.

4.  Silent Hill 2
Unfortunately, this franchise is hit or miss. Story has always been one of its strong suits, but user-friendly interface has not. Nightmare sequences in the more recent titles are predictable and boring in some cases, what you never want in horror survival. But this sequel fixes some playability problems, and adds so much in environment and atmosphere. It's most effective when seemingly static environments (toilet stalls, mannequins, etc.) come alive. Not necessarily to attack, but just to scare the ever-loving shit out of you. It keeps you on your toes. 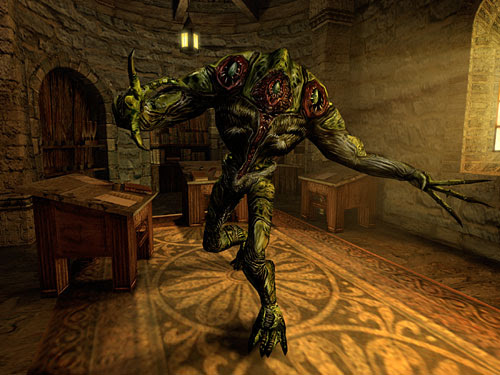 3. Eternal Darkness: Sanity's Requiem
An excellent title, with wonderful and varied environments, characters, monsters, and weapons. Lovecraft and artistic license at their finest. And one of the most complex magical combat systems I've seen. For mood, we've got pillars of flesh, a player who gets cut in half at random, and fake-me-out system shutdowns. The game deliberately fucks with you. And it works.

2. Fatal Frame:
For most people, this should be obvious. But hey, you never know. And one of the best things about this franchise is its wonderful consistency. Solid games, all. Sound effects out of this world. The first will always have a special place in my heart, as does the third, which has a pants-pissing approach to what happens when you're not dreaming. Do not play this alone. Nope.

1. Clock Tower
Scariest.Game.Ever. The jaunty graphics of the NES work to their best possible effect in this early title, originally not available in the states. Based on Dario Argento's Phenomena, you investigate occult activity while trying to escape a manic child wielding gargantuan shears. Mood and real scares abound. If you don't have an old Nintendo or emulator lying around, get one. Just for this. It is worth it.