All My Scottish Children - Outlander Season 1

Following my reading of the first Outlander novel by Diane Gabaldon, I looked to the Starz adaptation to see if they could fix some of the flaws I laid out in my earlier review. Namely, bad characterization of the protagonist Claire.

I don't know if I could call the show better or worse, simply because it adhered so strictly to the book's plot. Very little was changed, with the exception of one or two welcome scenes that showed what her 1940s husband Frank Randall is doing in her absence. It gave us a hint about how the veil of time might be thinned near Craigh na Dun, the standing stones that send Claire back to 1743. 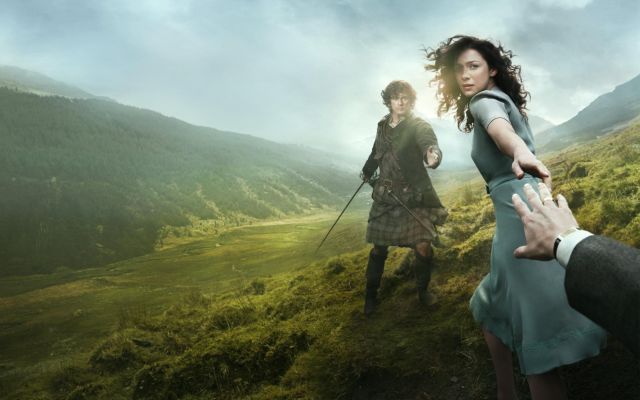 The actress playing Claire showed emotion, which was an improvement upon her cold telling of her life in the book. And watching the show was enjoyable--very nice production values, good art direction, and an opening theme that was magical in its own right. But watching all the episodes in close succession, the flaws of the book that we see replayed in the show only got sharper. The chemistry between Claire and Jamie, her new Scottish husband, is scant, even though the physical relationship is not. It leaves you questioning both their motives towards each other, until the end, where they seem to start caring about each other beyond physicality. That's a major flaw in characterization, because it stops me from seeing every turn in their relationship with the power that it should have.

Seeing how faithful the show was left me with a choice--to continue watching the show in lieu of reading the books, or not at all. I never do this, but I have no time to waste on bad writing, and I was told that was the case with the later books. So I looked up the plot synopses of the later books. What little I could understand of that convoluted summary sounded like a soap opera at the height of ridiculous, where you can't understand the choices that characters make. I have no desire to see those stories in their own words. So I'm done with Outlander in all its forms. Gabaldon had something there, to be sure, but she didn't know how to handle it, or else is drawing inspiration from melodramatic forms I don't value, turning what should be solid fantasy into a trashy read. Being popular, unfortunately, doesn't make it smart writing. But in a new world where Trump is the President-elect, I shouldn't be surprised by that.

What is a very smart read is the one I'm working on now, The Shadow of the Wind. More on that soon.
Posted by Kathryn Troy at 6:58:00 AM