It's a wonderful time of year-the weather turns colder, and we all cuddle up with a nice ghost story, thinking of the chill outside as we warm ourselves by the fire. For Halloween I did a nice literary list of monsters, but at Christmas, when we're all frenzied from being pulled in a million directions, sometimes vegging out in front of a screen with a fuzzy blanket is all we want. So here it is: my Christmas gift to all of you, in no particular order, a fine collection of films that treat the traditional "ghost story" exquisitely.

Ghosthouse (1988): If you're into dolls and houses, this one has everything-weird sound effects and all.

Ghost Story (1981) : Fred Astair and an old boys' club secret? This is a slow-burner, effectively chilling and moody

Woman in Black (1989): I've recommended this title before, but it really is the best of its kind. If you can get your hands on this adaptation of the Susan Hill novel, do so. But at your own peril.

The Changeling (1980): Another solid performance from George C. Scott. This one has mood and genuine scares, and should not be missed. Neither should his performance of Scrooge, but...

The Others (2001): /The Innocents (1961): Both based on Henry James's Turn of the Screw, and both, interestingly enough, taking a different side of the debate about the text's interpretation. Crazy governess? Ghosts? A little bit of both? You bet.

The Tomb of Ligeia (1964):  Vincent Price is the perfect Christmas gift for any afficionado of the strange and macabre, especially in this Poe adaptation that plays with the author's core themes.


The Orphanage (2007): This movie is beautiful and sad, and another nod to my love of Spanish Gothicism, but traditional enough for all tastes, with a whistful, fairy-tale-gone-wrong theme throughout. In the extras, the director J.A. Bayona said his intention with this story was to explore what happens to the mothers of children who become part of Peter Pan's band of Lost Boys.

The Devil's Backbone (2001): You may think Guillermo del Toro and his proteges are over-represented here, but I beg to differ. It's his sensibility, you see, his passion for good old-fashioned ghost stories that he infuses with the gloomily beautiful aesthetic that only he can bring that keeps him high on the list of good Gothic.

And I heard him exclaim, 'fore he drove out of sight, Merry Christmas to All, and to all, a Good Fright! 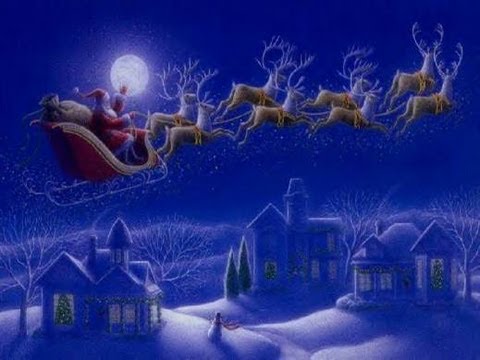