The Man in the (Not Quite Whole) Picture

The Man in the Picture is not the first I've ever heard of Susan Hill. That esteemed place will always belong to the 1989 film adaptation of her novel The Woman in Black. It has been many years since I saw that film for the first time, but it is still the most atmospherically frightening film I have ever seen. Even just thinking about it sometimes (as I am now) can have an affect on me-in the shower, in a dark hallway, in my deepest REM cycles. So I approached another of her works, The Man in the Picture, as a big bundle of nerves-excited and scared ones.

I was not entirely blown away. It had lots of things in its favor-a unique twist on the story within a story trope of traditional British tales (there were more than three layers here), and language that absolutely set the mood. Characterization of the major players was clear and succinct. I was able to draw an accurate picture in my mind, even if environmental descriptions and deeper characterization were slight. I don't think any of the characters experienced growth; they just continued to go about their business as horror befell them.

What Hill spent more of her time describing was the 18th-century painting of the Venetian carnivale that is the central focus of the story. And in that, she was exquisite. The colors, lighting, brushstrokes, and figures are perfectly crystallized in my mind, and its description is so beautifully aligned with my own aesthetic that I shan't be at all surprised to find something of this nature on my walls one day. (I have a habit of that). 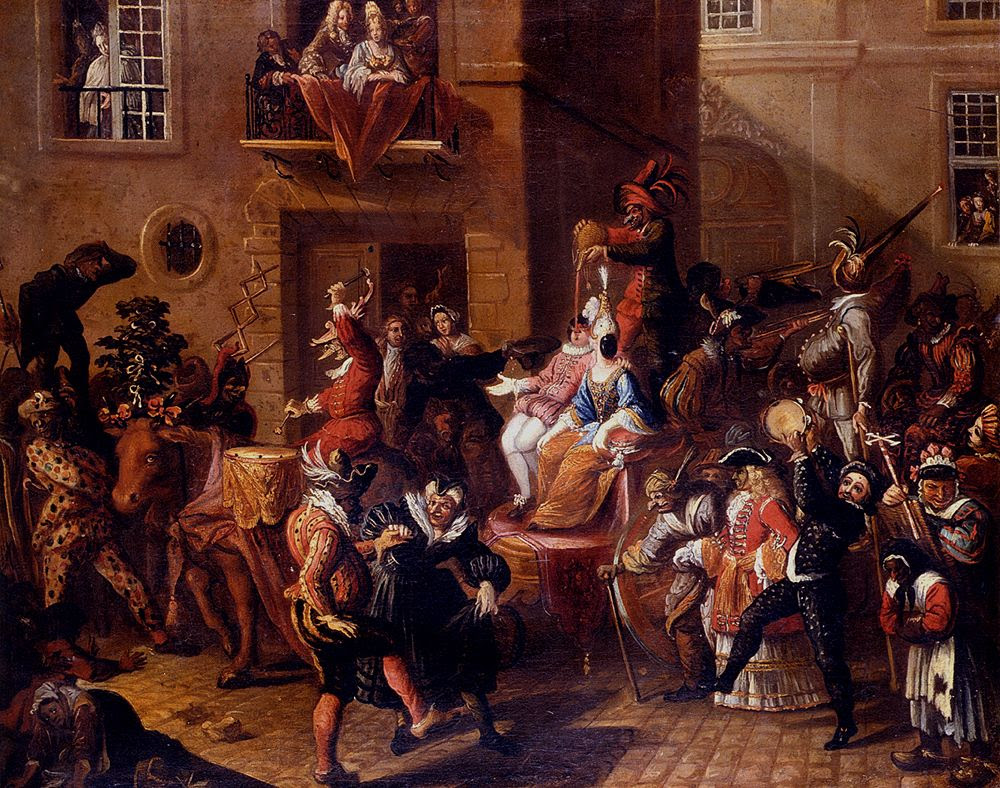 Hill is perfectly capable of expressing human emotion-how two main characters are mysteriously drawn to the picture over and over again, and are horrified to see its changes, how other characters detest it from the start only to have their worst fears realized, all that is done very neatly. And that's the problem. It's all a little too neat. I've read plenty of stories with this sort of premise before: the haunted/bewitched/alive painting. And because I've read M.R. James's "The Mezzotint," the best of the best, I need to be drawn into a powerful scenario.

The fluidity of the painting as different characters observed it was a good step in that direction, but in such a slender volume, that most intriguing aspect of the plot is not fully fleshed out. I'm not saying I want everything spelled out for me, but the explanation I am given is so slight, and so convenient, that it doesn't even feel organic to the storytelling. It feels much more like she had a certain number of pages in which to execute her story and so she had run out of time. It robbed this tale of the depth it deserved, and undermined the terrible consequences of the ending. It is a true shame to see such real talent come across as rushed and underdeveloped, but there it is. I heartily hope that the other two titles of hers on my shelf: The Woman in Black (of course) and The Mist in the Mirror can live up to my admittedly high expectations.