In some ways Blair Witch  was better than the original The Blair Witch Project, but the ways in which it succeeds only work because of the original. I appreciated that the storyline kept tightly to the feel of the first, and they benefited from having a strong foundation that they could build on.

The main character James is looking for his sister Heather, who disappeared in the first film. He brings along a bunch of friends and a bundle of new technology. The droid was a favorite of mine, because it provided lots some very interesting shots, and revealed an important component of the Maryland forest that they get lost in, and adds another layer to the story of Heather and her two buddies getting lost in the same forest, in much the same fashion.

The introduction of two additional characters who claimed to find Heather's footage was very smart too. Because it begs the question: how likely is it that this guy just happens to own a camera that can play Heather's tape? If you remember back, she had hand-selected those cameras for special functions. It's fairly obvious that he not only found her tape, but her camera. A really nice tie-in, and it adds tension to the current story, because you know these two newcomers are not telling everything they know.

Lighting and sound editing are phenomenal throughout. That becomes even more apparent in the last act, spent inside the house. It was terrifying enough to come across this dilapidated structure literally out of nowhere in the first film. Here, it's a bit clearer that the house doesn't truly exist: not according to their technology at least-it's not a permanent structure in the real world, but the characters can enter it. Whether or not they can exit is still a question. There's a strong play with a traditional haunting mechanism here: the breakdown of linear time exhibited through sound. It's executed with terrifyingly brilliant effect here, and as your eyes are peeled to what you're watching, your mind is racing to connect it to what you've already seen. It makes The Blair Witch Project present and urgent, doubling down on the scare factor of these crucial moments. 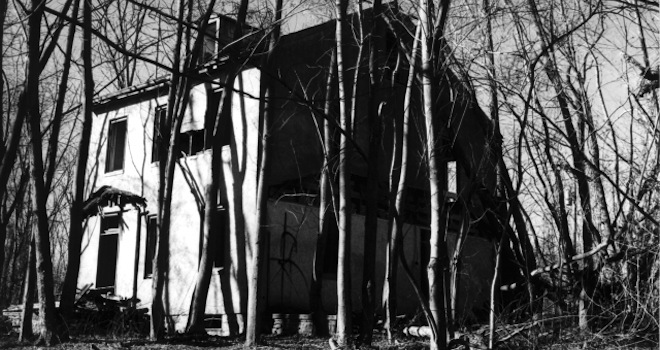 The tightness of the house set, how they move through it and suggest the ambiguity of cellar vs. attic as the focus of the haunting, and the witch herself: all of these are utter perfection. Highest marks to this one, and hope that other filmmakers will look to all this movie got right to bring us more bone-chilling cinema in 2017.