The Sacrifice - A Waste of a Bog Body

I've been watching films to help my mind unwind, and forget about bog bodies for a while. Imagine my surprise when I flip on Sacrifice (2016), starring my Silent Hill fave Radha Mitchell, and find her with a bog body!!

This dark thriller had a lot of great potential, but essentially suffered from too many ideas and a lack of direction. Here's the short list of all the things this movie was about-I think. 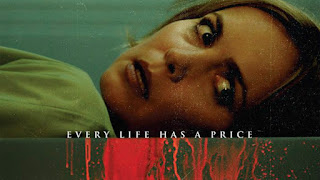 When you put them together like this, the movie sounds interesting. While I was watching it, I kept waiting for these threads to be pulled together into some kind of deeper, cohesive unit. That moment never came. The movie is part murder mystery part thriller with gothic undertones, but it could never decide between those things, so the mood is muddled, and the narrative overall suffered. It also meant that they never went far enough with their story to be really compelling. Not enough twists for a good mystery, nowhere near dark enough to properly be called horror, and very confusing reveals and character development. The protagonist was too oblivious to be believable, but her silliness was required to get her into situations that moved the plot forward. Plus, I saw the villain(s) coming a mile away, don't know what the hell the husband thought he was doing, and worst of all: when everything was explained, I had to rewind and watch it again to understand. Twice! And it still didn't make any goddamned sense! 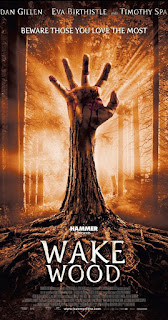 At any rate, I promise better bog people. Oh yeah, did that get lost in there? Whoops, sorry, don't know how they got into this movie in the first place...Really.

If I made it sound good and then let you down with my review, never fear. I always come with a backup-I heartily recommend Wake Wood (2009). SOOOO much better, and SOOO much darker. Oh, and it stars Littlefinger from Game of Thrones, and he's freakin' amazing. But this should not be a surprise. Superior horror from HAMMER never is.