Asian cinema is one of the few subgenres of horror where not only do I expect things to lean towards the weird side, I hope for it. The premise to Takashi Shimizu's The Shock Labyrinth (2009) is deceptively simple. A group of schoolkids visit a dark ride, and revisit it again as young adults, minus the girl who died the first time around. Without revealing almost everything cool about what happens in this film, it was compelling to watch because the fear factors were very similar to the concepts of survival horror seen in the Silent Hill game franchise. The most mundane things can be the scariest, when they do impossible things -red balloons floating in decrepit bathroom stalls, a ratty backpack of a stuffed bunny flying through the halls, a woman perpetually climbing a spiral staircase only to fall down it again with a sickening thud.

The group has still not gotten over their traumatic experiences the first time through this ride, but when the friend who should be dead appears out of nowhere, they find themselves back where they began. The past is never very far from them, and those lines are continually blurred in compelling, and yes, shocking ways. By the end of the film, all the disparate images that you see become clearer in their meaning and significance, holding your interest for all the time spend in such a very small, but brilliantly crafted, set. There is deliberation in every scene that is overwhelmingly impressive. It's that kind of artistic effort that keeps me coming back to Shimizu's work over and over again. 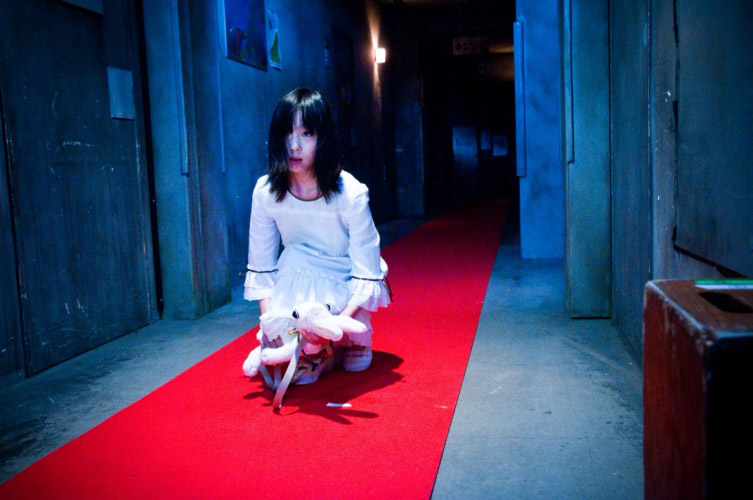