In my quest for new authors, it seems more common than not that the writers, and their stories, have great potential, but lack something in execution. The same is true of my recent read, The Widow's House. The back cover touted a terrifying gothic story set in the perpetually haunted Hudson Valley.

The "gothic" segments of the book were the hardest to swallow. For one, the protagonist Clare doesn't take her haunted situation very seriously. She states rather plainly what she saw, dismissing those supernatural instances out of hand before there's time to create any kind of atmosphere, mood, or sense of terror within the character. Automatically then, I can't be made to care much about these things either.

Second, the characters of the book (all old-school traditional (read really pretentious) writers seem to be bashing the very genre their author is writing in. That certainly didn't endear me to the book or its characters, but aside from that, it was contradictory to the plot. If Clare's husband, Jess, the "famous" (actually one moderate book ten years ago) writer balks at dilapidated houses and the stories bred by them, why is he so eager to move in to one, claiming inspiration? The only one writing a decent story in that house is Clare, based on a local Apple Blossom Queen. That was an interesting quirk, but unraveling the who's who of the story was convoluted, and not in an "AHA!" kind of way.

The plot didn't build in tension, mainly because every possible chance at a real gothic story was brushed aside, and was largely tropish. The concepts were good, but tropish. And I didn't really care about the growing distance between Clare and Jess. It wasn't exciting, or unpredictable, and again, it didn't endear me to Clare, who puts up with someone painted as lazy, self-centered, abusive, and potentially philanderous.

The last quarter of the book is the best part, but mainly because it is almost an entire shift in the book itself. Not just in the plot, but also in the kind of book you're reading. We went from a semi-haunted I don't-care-about-this story to a psychological thriller, which was exciting for the last few pages, but wasn't fully developed. The breadcrumbs that should have been there throughout really weren't. When Clare starts to question her reality, or when you start to question her reliability as a narrator, that is the author's best accomplishment in this book. But again, to see that kind of consistency in tension and telling throughout the book, rather than a sleepy novel that had a great ending, would have been immensely preferable.

This is what comes of dabbling: trying to write in a genre that you only half-heartedly, at best, seem to respect or even understand. When you look down your nose at the thing you're hoping to draw readers with, the result is usually half-assed. It's a mathematical certainty. GARBAGE IN= GARBAGE OUT.

I've said this many times before, but it is usually true. If you think this story is for you, watch Paranoiac instead. Or  Strait-Jacket. 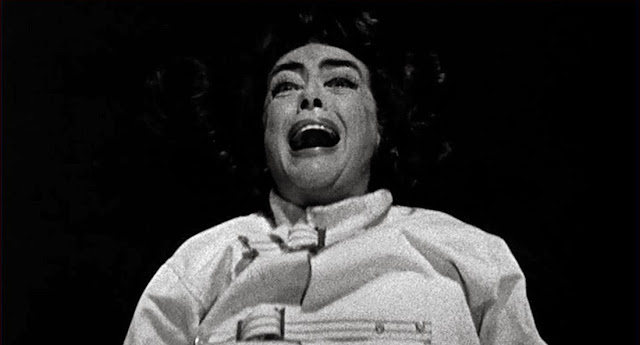