I rarely review a show more than once, even if I'm watching multiple seasons, but I'll make an exception for Castlevania. 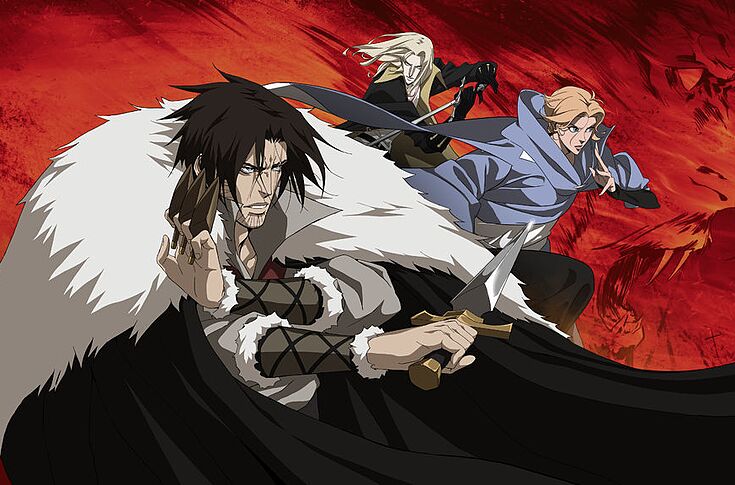 I knew to expect greatness from the amazing and all too short first season, and by the end of the second season I was salivating, but I have to say for all the extra episodes in the second season, it didn't feel quite as balanced. The extra time was spent on things I didn't care particularly about, the most egregious example being the storyline of Dracula's two human forgers. I didn't care a fig about them, and didn't see them contributing significantly to the plot. In actuality, I could have done without almost all of the scenes of Dracula and his warring court. I got enough of his backstory in the first season, and wished they had focused more on Trevor, Alucard, & Sypha. They were the core of the story, and going into the Belmont Keep and the castle were awesome. Those seminal fight scenes had my eyes bugging out of my head, they were so good, and I wanted more of that. The too-slow and non-integral pacing of the tangent storylines didn't have the same addictive impulse for me.
K Rating: 4/5


Season One Review:
Rarely have I seen a more fulfilling adaptation of a thing I have loved so much for so long. Netlix's new anime of the Castlevania  series was a fantastic four episodes. My only complaint is that the first season was short. So short, in fact, that you barely get to see the inside of Dracula's castle, which is a huge deal. But that really is the only bad thing I can think to say, that I wanted more, and wished Netflix had had the guts to test the waters with a full season. They learned pretty quick though, and renewed the show almost immediately. Smart.

Here's my take on the highlights of Castlevania:

Dracula: Maybe this should go without saying, but still. They made him sympathetic, providing the burning of his wife as the motivation for the curse he lays upon Targoviste. At the same time, he is every bit as bad-ass as the punishingly difficult final boss that every player expects from Castlevania. My personal favorite was the pillar of fire. 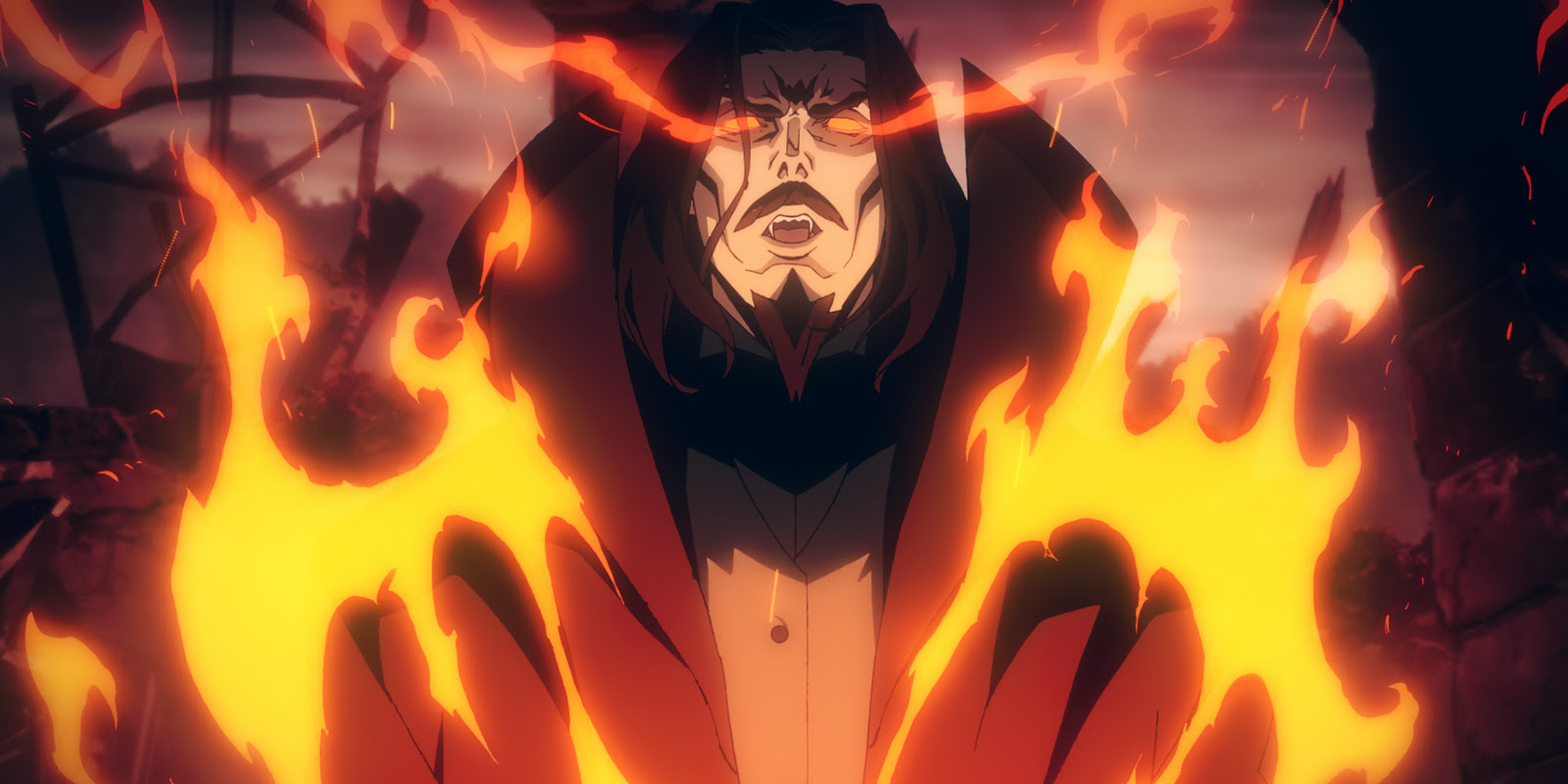 Additionally, I liked that, in lieu of Dracula being irreparably, inexcusably evil, we have a very sinister view of the religious authority in the town, the one responsible for burning Mrs. Dracula. When he gets his comeuppance, it's both well-deserved and well-scripted. *MWAH!*


The humor: Despite the awesomely despicable gore (loved that whipped-out eyeball), there was a thread of grim humor throughout, which really added something to the dialogue, and the overall feel of the show. The material is definitely being taken seriously, but the dark humor feels authentic and genuine to the kind of apocalyptic scenario that Trevor Belmont and the people of Targoviste have thrust upon them.

The catacombs: Though we only got to see a small portion of Dracula's castle, the setup for it was really well executed. A small visual moment lets you know exactly when it's happened (the light bulbs indicative of Dracula's technology). But it was presented as a subterranean sector of the town itself, which in reality was a demonstration of just how far Dracula's reach over the town extends. Clever.