Transparently Inspired: The Night of the Moths

There's not much to lose with Kindle First, a Prime benefit to get advanced copies of new books in certain categories once a month. But with an Italian title that claimed to draw on the weird tenor of Twin Peaks as new details surface about an old murder in a small town, I thought I had everything to gain. 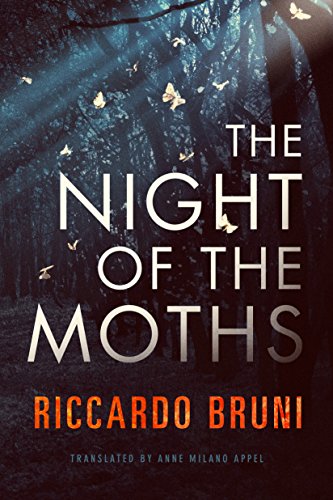 Overall, I came away from The Night of the Moths feeling it was underdeveloped. The story of the murdered young girl, Alice, and the boyfriend left behind, was fairly good as different people's stories and motivations unraveled, but there were lots of missing pieces that made this very obviously derivative piece feel quite shallow next to its inspiration.

First was the lackluster attempt at weirdness - this concept of moths and their proximity to death was way too slight to be cohesive, appearing briefly at the beginning of the text and at the end, but with no unifying, brooding presence throughout, as the title would suggest.

Second was the writing style itself. The story jumps back and forth between multiple third-person and first-person perspectives, and usually without any clear markings that the change has taken place. Nothing at the beginning of chapters to indicate who's speaking/acting, and insufficient context in some cases for two or three pages into a new chapter. It made it very hard for me to figure out on my own whose story was being told. It left me feeling confused and frustrated a majority of the time, and having to re-read passages to understand their meaning. In addition to that, the sentence structure was halting, and did not provide a smooth, tension-filled experience. Single thoughts or scene-setting descriptions were broken up into multiple fragments of sentences, so I kept tripping over the words. It felt crude, not poetic.

And lastly, the homages to Twin Peaks were too on the nose. Multiple explicit references to how Enrico thinks of himself as "Laura Palmer's boyfriend." But worse than that, by omitting some of the structural elements that, together, make Twin Peaks what it is - the covert FBI investigations, the inexplicable phenomena and parallel dimensions that are integral to Laura Palmer's life and death - this story felt like an empty shell, and made me think that maybe the author doesn't appreciate the complexity of his muse, and therefore was blind to how poorly this measured up in comparison. But by referencing the show the way he did, Bruni invited that sort of comparison, which was perhaps his first and most fatal mistake.