Not much about the Weimar Republic has been represented in popular media. (Stateside at least). But the period between World War I and World War II is made fascinatingly vivid in Netflix's latest German production, Babylon Berlin.

Inspector Gereon Rath, a WWI veteran from Cologne, comes to Berlin, delving quickly into crimes of a political nature- compromising photographs of top officials, contraband trains full of gold and poison gas, attempted coups, and secret attempts to re-arm Germany in violation of the Treaty of Versailles. The investigation of these crimes was compelling to watch, especially when the danger for Gereon and his department hit so close to home.

As a historian, I deeply appreciated the nature of these crimes as a way for the show to give a realistic window into the tensions and struggles of this transitional period, and present its audience with a narrative that goes against the grain of larger narratives that connect World Wars I and II so intimately that there is practically nothing of significance in Germany after the Treaty of Versailles except the rise of the Nazi Party. This show very deftly and very boldly flouts that historical simplification.

All of the characters were standouts in their own way, making every minute of the show valuable even without the mains on screen, but still--the mains were spectacular. Again, the historian in me reveled at the most realistic representation of shell shock I've ever seen depicted on film/tv, and the drawbacks and successes of Charlotte Ritter, who comes from less that nothing and works her way into being a first-class member of the Berlin police department. She is assertive, witty, resourceful, sensual, and a wonderful example of a working-class woman at the turn of the century.

To top it all off, Babylon Berlin is a visually striking show, pulling expertly from its source material to add authentic flavor and compelling framing to the period piece. The emphasis on the culture of Berlin, thriving on art and modernity, makes this show something really special. The scenes inside the dance halls were some of my absolute favorites - those kinds of spaces are not well represented so often, yet those are the centers of culture. Babylon Berlin nails it, and with the end of the second season (shown as one long season on Netflix) displaying so much chaos, I sincerely hope there is more of this show to come. 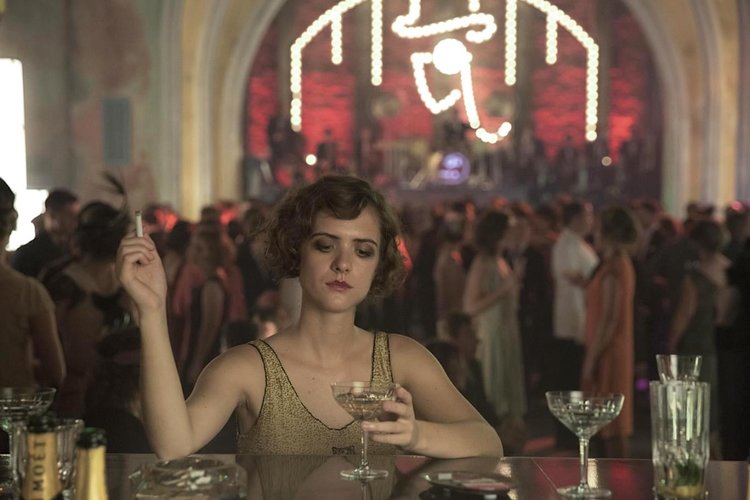