We all remember Summer reading lists. Sometimes they were terrible (Of Mice and Men), and sometimes they were awesome (Dracula). But summertime is also the time of the TV Re-run, when the best thing on television is the stuff you already know and love.

We have something like that in books. A series can be a great thing, especially for epic storytelling and for following lovable characters through more than one adventure. And they're better than re-runs, because they're sort of the same, but they're sort of new. They are comfortable and exciting at the same time, and there might be no greater pleasure in beachside reading than that. So feel free to add your own reads-in-progress in the comments, but these are the series that I'll be returning to this season: 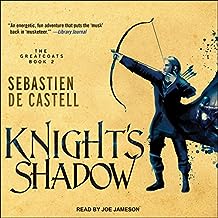 The Greatcoats #2: The Knight's Shadow - I love the three Musketeers. Throw some enchantments into the mix, and this is what you get!

Legends of the First Empire #3: The Age of War - It's been a fun ride all around, and I want to see where this fantasy adventure takes the Godkiller next!

The Traitor Spy Trilogy #1: Ambassador's Mission - technically this is the first in this trilogy, but it is a continuation of one of my favorite trilogies of all time, The Black Magician trilogy. I can't wait to get back to Canavan's incredible, fast-paced fantasy.

Frey and McGray Mystery #2: A Fever of the Blood - The first book, The Strings of Murder, was one of the best, most original historical fiction/mystery novels I've read in forever. And I love Frey AND McGray- they're phenomenal. I can't wait for the new shenanigans that await me.

The Kingfountain Series #2: The Thief's Daughter - the start of this series was a refreshing dose of the wonder-laden side of fantasy. I can only hope that Owen as a young man is just as charming a character, and that he finds that underwater treasure!

The Crown's Game #2: The Crown's Fate - I'll admit, this wasn't my favorite fantasy I read this year, but I care enough about the characters to want to know what happens. So I'll keep reading.

The Lady Sherlock Series #2: A Conspiracy in Belgravia - now this book I can't wait to sink my teeth into. This is the best alternate iteration of Sherlock Holmes I never knew I needed.

The Man in the Iron Mask - It's finally, time, after all this time, from first reading The Three Musketeers as a high-school student, to the thrilling final tale of D'Artagnan, Porthos, Athos, and Aramis, and the very best adventure ever written. Je suis prêt.


The Naturalist #2 - Looking Glass - this book's analytic wit paired with crime investigation and local legend was such a pleasant surprise. I'm intrigued by this second pairing with Alice in Wonderland.

The Demon Cycle #3:The Daylight War - Brett has the best mix of action, horror, fantasy, and adventure right now. And this next installment promises to be a doozy.

The Cemetery of Forgotten Books #2: The Angel's Game - Thrillers about old books really only work when the writer is superb. And Carlos Ruiz Zafon is the best.

The Chronicles of Brother Cadfael #1 - A Morbid Taste for Bones - If the Kindle sample is any indication, Brother Cadfael is going to be my new favorite medieval sleuth.

Summer is going to be busy indeed! This doesn't even touch the series I've yet to start, or other standalone titles waiting their turn on the shelf!  If you're unfamiliar with any of these series, don't worry. I've reviewed their beginning titles - that's what the search bar is for!

So go hit the beach, and hit the books! 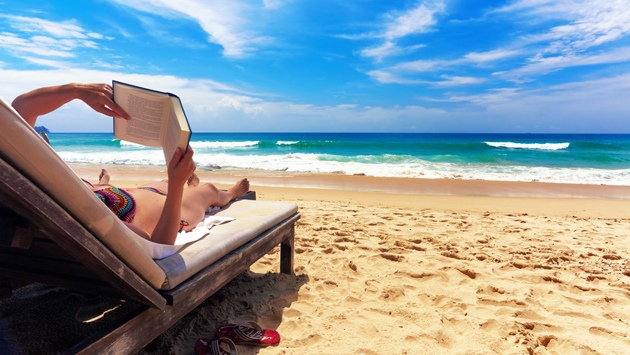