How to Piss Me Off When Reading Romance - Or, How to Flirt with a Naked Werewolf

You know what I don't like? I don't like picking up a supernatural romance (which I don't do that often, even though I like romance and the supernatural, because of the inconsistent quality of the genre as a whole), and discovering that I've picked up yet another book that should have stayed in the slush pile. This time, it was How to Flirt with a Naked Werewolf\ 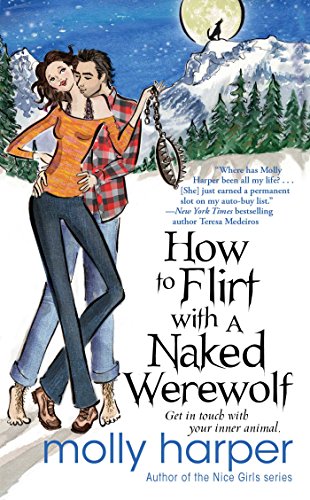 But, I'll be kind where it's due. There was a fine sense of place, and romantic tension (at least for a time) was sufficient.

There. Now I can say how I really feel. The steamy scenes were inconsistent, the love interest Cooper was unlikeable because he was an asshole, and then the main character Mo became unlikeable when she rewarded the asshole for bad behavior! I'm not saying I don't understand that "enemies to lovers" is a thing, or that a couple can't come together after something pulls them apart. But that requires plotting and characterization that makes sense. Here, those interactions are so inorganic that they are contrived. Cooper the werewolf is a jerk when the story calls for it, but when it's time to insert a sex scene, he magically transforms-not into a wolf, but into a different person with a different personality that makes him vulnerable, and therefore perhaps interesting and alluring. There was no connection or emotional/psychological chemistry, or any kind of growth between Cooper and Mo, just the sex, and then an "I love you" that comes from left-field. Call me stupid, but I don't like  shotgun weddings. And I don't really have a whole lot of sympathy for women who don't kick guys like that to the curb. Oh, and also, werewolves don't eat people. They're just cute and cuddly. So, you know, it wasn't my fave.