A Very Fine Sequel to a Medieval Mystery: One Corpse Too Many 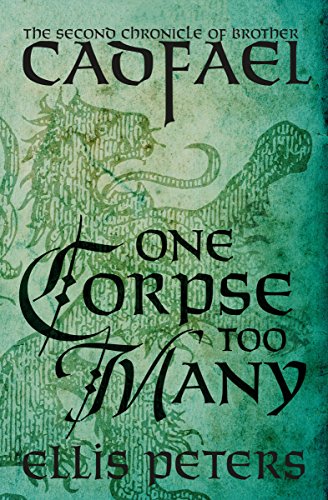 While I struggle to hit the right note with Medieval -period romance, I'm very glad to have found Brother Cadfael's mystery series. The age of superstition is a perfect setting for a mystery, although I was missing that otherworldly aspect in the second volume, One Corpse Too Many. I thoroughly enjoyed the first book, in which Brother Cadfael, a retired Crusader, works to unravel a murder surrounding the exhumation and reburial of a local saint. In this new book, the context is shifting to English civil war, which I'm sure is exciting for some readers and history enthusiasts, but which has never been my thing. So that did water down my enjoyment of this a bit, as the plot was more focused on vying military factions in a war of succession and the intrigues of a cadre of young people drawn into the conflict.

Despite that, Cadfael is as wily as he was in the first novel, and already in this second installment there's a strong affinity for his character, which bodes well for the rest of the series. So too is this character's approach to morality in the religious context of his position. The fact that he's a worldly man means he sees in gray, not just black and white, and that makes him infinitely more relateable and worthy of the reader's admiration and respect. The rest of the characters are also very well drawn-out, as in the first book, and from that perspective the story is compelling, if not the reasons for their actions and a secret almost-stolen treasure. Again, you can see this is probably very exciting for most people, but subjectively speaking it just wasn't my cup of tea.

What is my cup of tea, though, is murder through poisoning and a focus on Medieval herbalism, which is where we're headed for the third installment. There's also an intriguing tie-in to the woman Cadfael almost married. I am very much looking forward to that.